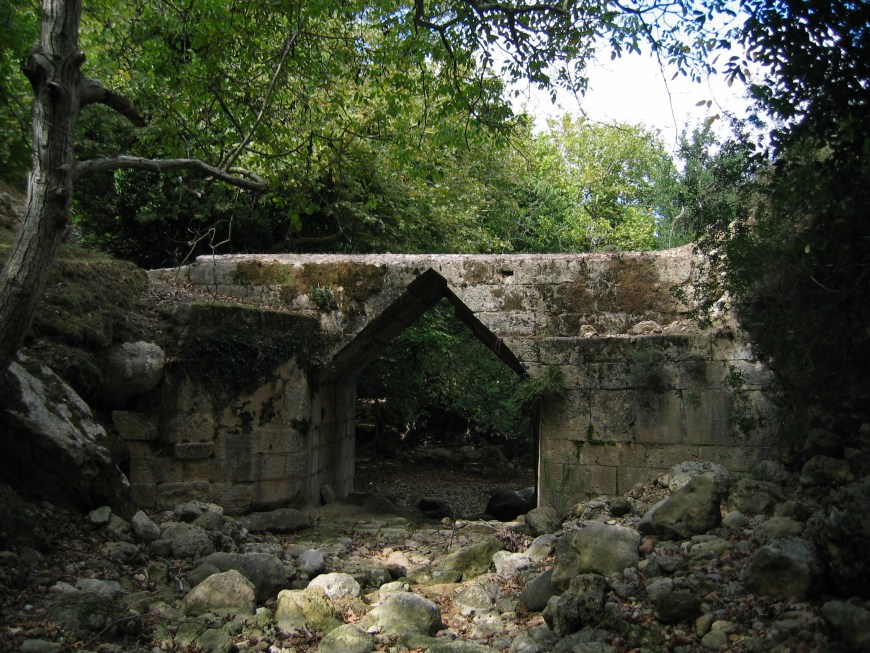 A natural fort built amidst the thick vegetation in the northern face of Psiloritis Mountain the ancient city of Eleftherna was for a long time the rival city of Knossos. Its fortified citadel, its commercial and pirate fleet as well as a quarry among others are evidence to its strong position in ancient times. It is located at about 10 km south of Panormos.

Ancient Eleftherna
Eleftherna was one of the most important ancient cities of Crete in the Geometric – Archaic period.

Archaeological excavations revealed important archaeological remains, which give us a peek in the ancient city, mainly from the Geometric period (or Homeric Age due to the fact that orally transmitted Homeric poems were put into written form) until the early Byzantine times, without missing elements from the copper age or the more recent age.

The site resembles a large stone boat that turned its bow to NW and thrust into olives, vines, carob trees and beaks that extend into the small green canyons that define the area.

The three halls of the museum host the entire history of the city of Eleftherna from 3000 BC to 1300 AD, with objects of everyday life – public, private and religious.

The museum of Eleftherna has received by UNESCO , among other titles,  the title of “ecological” because of its location within the boundaries of UNESCO Psiloritis Nature Park.

The museum has Homer as its brand-name and a golden bee as an emblem, the bee-goddess who nurtured the infant-god Zeus.

Its originality lies in its ability to renew its exhibits every five years.